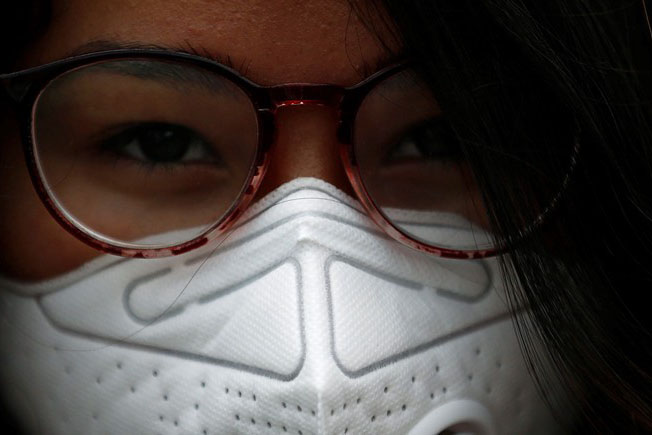 Better air pollution data is helping us all breathe easier. Here’s how

The rising number of chronic diseases linked to poor air quality has brought to light the severity and urgency of air pollution — the cause of 8 million early deaths worldwide each year. With 92% of the global population living in areas that the World Health Organization (WHO) deems as exceeding safe air pollution levels, there is a pressing need to better understand air pollution.

As the former mayor of New York City Michael Bloomberg once said about air pollution: “If you can’t measure it, you can’t manage it and you can’t fix it.” Recent innovation in low-cost pollution sensors has enabled a new generation of air quality monitoring that provides actionable high-resolution data at a fraction of the cost of traditional monitoring systems. We’re now able to see clearer than ever, real-time snapshots of where air pollution is coming from and traveling to, and who is most affected.

Equipped with this knowledge, we can work together across different levels of interest to settle the tensions between social good and economic growth, ushering in a new epoch of healthy communities and prosperous cities — and in doing so, building a new and sustainable framework of clean air investments and policies within the context of the Fourth Industrial Revolution.

Here are six ways new air quality data is producing advanced insights into the air we breathe and its impacts on our health, the environment, and even the economy.

1. The impact of decreasing transit emissions

With more cars on the road than ever, an increase in anthropogenic emissions from fossil-fuel burning has followed. It’s no surprise that reducing traffic also helps reduce air pollution and vice versa. Cities have implemented various traffic policies aimed at curtailing both, but the concrete impacts have been difficult to quantify until recently.

High-resolution air quality data act as metrics to implement and evaluate new traffic management policies. By deploying air quality monitors along busy roads and intersections, cities can track pollution trends and hotspots — the routes and times of the day with the highest concentration of pollutants — to refine their policies accordingly. Real-time air pollution data on the most congested streets can be seamlessly integrated into local traffic data to develop smart traffic controls and minimize congestion.

The benefits are exponential — less traffic, less time on the road, less air pollution exposure, and all the perks that come with improvements in quality of life.

Traditional air monitoring stations depend on a handful of data collection locations to represent the general air quality of an entire city. However, a 2018 report by the Mayor of London confirmed that air pollution can vary significantly between two locations just a few meters apart. A simple change in wind direction makes a notable difference in air quality between the middle of a street and the sidewalk. Traditional solutions are simply not agile enough to capture the variations in individual air quality exposure, resulting in incomplete data and biased responses.

The widespread commercialization of high-density air monitoring networks and personal air monitoring gadgets is leading to new possibilities in public health. Air pollution exposure, even in the short term, lowers productivity and puts strain on our physical and mental health. Combined with improvements in access and education, everyone can capitalize on localized air quality data to take appropriate preventative and mitigative actions to maximize their quality of life.

Children are one of the groups most vulnerable to air pollution; they are more susceptible to the unpleasant effects of toxic pollutants that can adversely affect school performance and which can increase the risk of developing respiratory and cardiovascular complications. The addition of real-time air quality monitors in schools helps educators make responsible choices to nurture healthy environments and give parents peace of mind. Whether it’s keeping kids with asthma indoors or rescheduling recess on a high pollution day, schools can take informed actions to minimize air pollution exposure while engaging and teaching environmental values to students from a young age.

Weighing the pros and cons between indoor recesses in lieu of regular outdoor exercise becomes more nuanced in perpetually polluted cities like London or Beijing, but hopefully this is where new air quality data will also play a role in further cost-benefit analysis studies.

4. Supporting the move to renewables

As countries move to cleaner energy portfolios, the resulting decrease in greenhouse gas emissions is also addressing some of the largest air pollution concerns in the world. Air quality data is helping validate environmental co-benefits, serving as a proxy to measure climate change impact and the effectiveness of related policies.

For exampe, studies have leveraged air quality data to quantify how air pollution mitigation helps increase the efficiency of solar energy production. In another case, air quality data recently revealed that methane leaks at natural gas extraction sites have been significantly underestimated throughout the United States.

With the tremendous modernization and cost reduction of energy technologies over the past decade, it is important to strengthen corresponding air quality monitoring efforts to continuously improve overall sustainability.

High-resolution air quality monitoring networks are helping reconcile this gap in information, supporting policymakers and community-level organizers in addressing a long list of environmental injustices in low-income communities, including redlining, food insecurity and access to education.

According to the EPA, industrial emissions account for approximately 50% of all air pollution in the US. The actions of industry have a huge impact on the health of employees and neighboring communities. Real-time air quality data helps big polluters work within their corporate responsibility team or to partner with local environmental authorities to design appropriate emissions cutback initiatives.

The World Bank released a joint report with the Institute for Health Metrics and Evaluation revealing that air pollution cost the global economy $225 billion in 2013 — and that’s lost labor income alone. Aside from the responsibility industry has towards their employees and neighboring communities, air quality monitoring helps big polluters take appropriate actions to increase the productivity of their workers.

We now have smart homes and smart cars, so it’s no surprise that our cities are becoming smarter every day. One problem plaguing many big cities is air pollution, and one company is using technology to help remedy the problem.