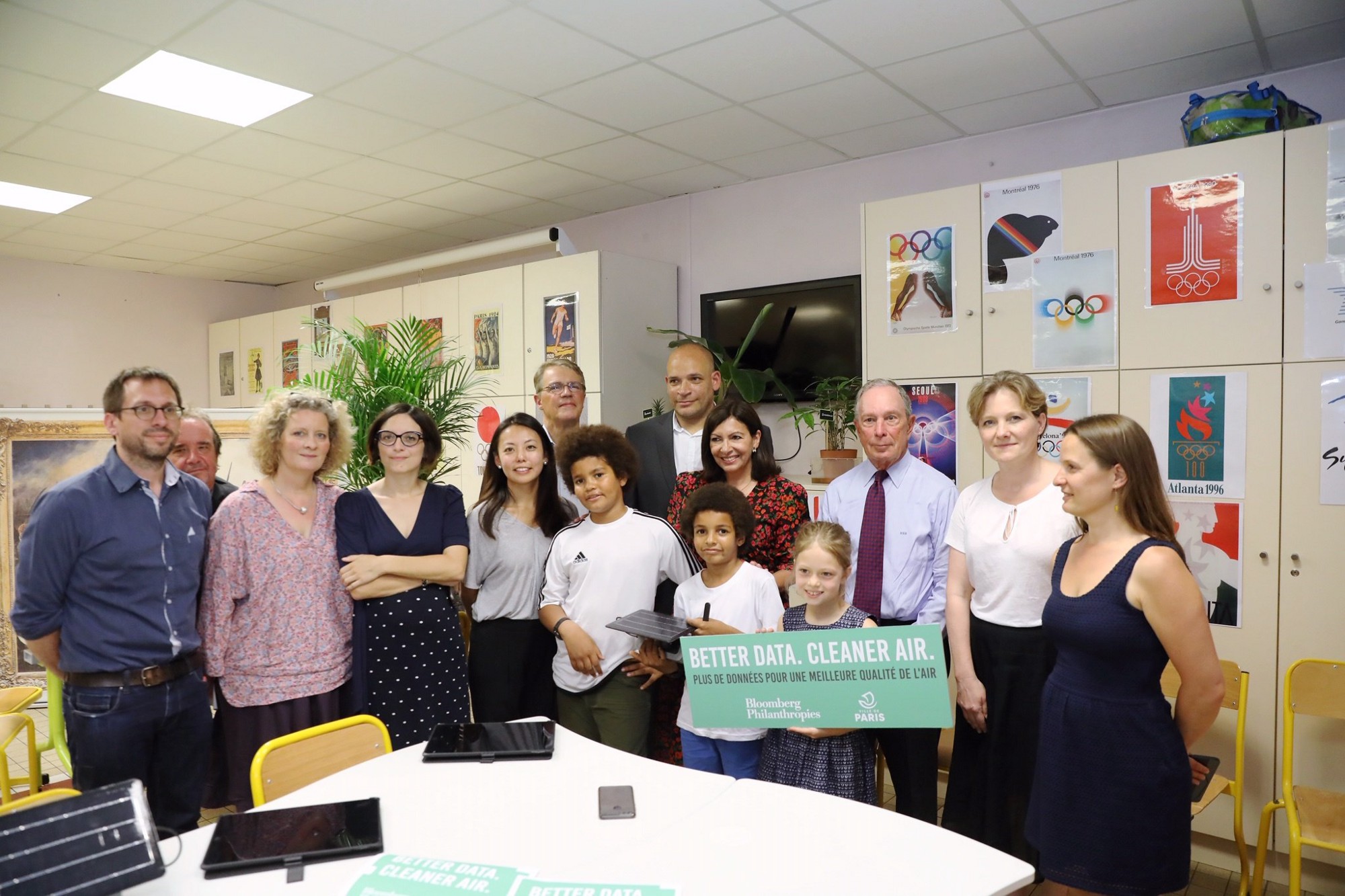 Bloomberg funds one of the densest air monitoring networks with Clarity in Paris, France

Clarity is launching one of our most exciting projects to date: a 150-sensor network in Paris with Bloomberg Philanthropies and the City of Paris to better understand air quality within and around schools in the French capital. The data from this innovative network, one of the first and largest of its kind, will be used to see how a new model of distributed air quality monitoring can be used to support environmental control efforts by governments.

The City of Paris has made bold commitments to create healthier and more sustainable neighborhoods for its citizens. As part of these efforts, air quality is a key target issue as it affects the citizen health and well-being. Understanding the air quality where people walk, bicycle and congregate is a critical part of this evaluation. This is especially important where it concerns the most vulnerable populations — youth, seniors, and those with chronic respiratory or cardiovascular illnesses. Air monitoring in and around schools where children spend the majority of their time represent a direct way to target and educate youths about exposure to air pollution.

Clarity COO Meiling Gao attended the Wednesday launch at Lafayette elementary school in Paris alongside Michael Bloomberg and Mayor Anne Hidalgo, where the inaugural device of the network was deployed. The rest of the devices will be deployed by Citeos IDF Grand Projets at daycares and K-8 schools later this summer in preparation for the beginning of the new school year. Airparif, supported by King’s College London, will be able to analyze the real-time data of various pollutants, particularly PM2.5 and NO2, with existing regulatory monitoring equipment for transformative insights. In addition, the data will be available to the public through an interactive map on the City of Paris’ website for concerned parents, educators, and citizens to access.

The announcement of 150 new measurement point across the Parisian schools will join Clarity’s existing pilot in the city, where 30 measurement points were previously deployed in September of 2018 as part of the Paris’ “programme d’expérimentations Qualité de l’Air” with the City of Paris, Airparif, Airlab, and UrbanLab. Bloomberg Philanthropies’ sponsorship for this new expanded network will increase the effectiveness of Paris’ air quality monitoring efforts exponentially and deepen public-private collaborations for tackling air pollution in Paris and air quality management trends worldwide.

While air quality can often be poor in urban areas, various innovative approaches have been developed to improve air quality in conjunction with air quality monitoring networks.
Article

The healthcare industry can now add dementia to a running list of troublesome health issues linked to poor air quality.