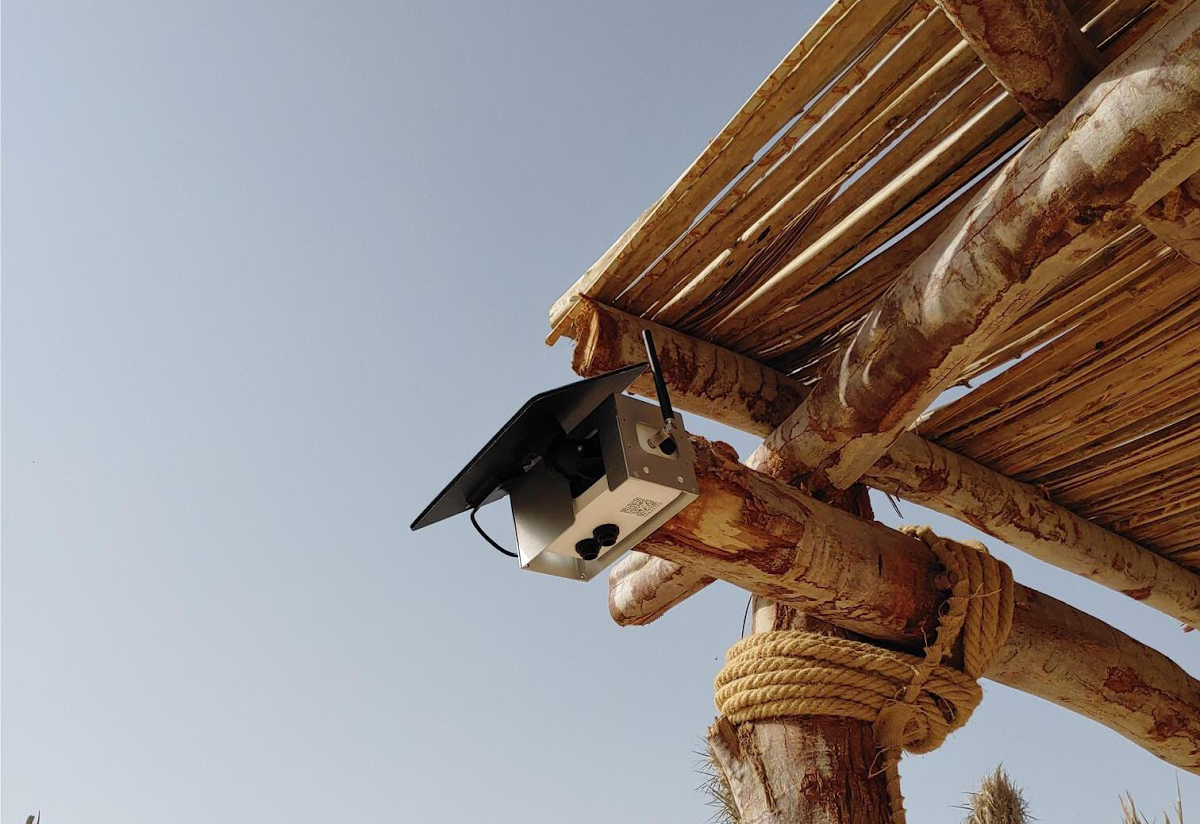 The effects of poor air quality on human health

Air pollution has devastating effects on public health worldwide. The most significant source of human illness and death due to air pollution is particulate matter. Fine particulate matter, also known as PM2.5, is the primary cause of deaths resulting from cardiovascular and respiratory problems, as well as lung cancer. PM10 also contributes to pollution-related deaths. The WHO reports that if PM10 pollution were reduced from 70 to 20 micrograms per cubic meter, there would be a 15% reduction in air pollution-related deaths.

In 2016, the WHO reported that 4.2 million deaths occur due to ambient air pollution each year. As our understanding of air pollution’s multifaceted health impacts deepens, the number of preventable deaths that can be traced back to poor air quality continues to increase.

A new study from a team of U.S. and U.K. scientists published in Environmental Research estimates that fine-particle pollution may cause as many as 8.7 million premature deaths per year, double the WHO’s estimates and three times the combined number killed by HIV/AIDS, tuberculosis, and malaria in 2018. Researchers are still working to understand the full extent of PM’s impact on human health.

The disproportionate impact of air pollution in economically developing regions

Though poor air quality is harmful to human health across the globe, air pollution exerts its most devastating impacts on those in economically developing nations. According to the UN News, 88% of deaths resulting from ambient air pollution occur in developing countries, with the greatest number of deaths occurring in the Western Pacific and South-East Asia. A reported 91% of the total global population lives in areas exceeding the WHO’s recommended air quality levels.

Each year, air pollution causes 7 million premature deaths around the world, with outdoor pollution responsible for more than half of that total...Tragically, these deaths are wholly preventable.” — Achim Steiner, UNEP Executive Director

Air pollution impacts not only human health but also the economies of growing nations. The World Bank reports that ambient air pollution’s impacts on human health cost $5.7 trillion globally, or 4.8% of the global GDP. Individual countries experiencing higher-than-average levels of air pollution can face costs equivalent to 5% to 14% of their GDP — air pollution is an expensive problem to have!

Why air quality is often poor in economically developing countries

In addition to ambient and industrial air pollution, indoor air pollution is another source of illness and death in economically developing regions. A reported 3 billion people around the world depend on coal and biomass as their primary source of domestic energy, and the smoke from these energy sources contain many harmful pollutants, including PM, nitrogen dioxide, carbon monoxide, and formaldehyde. Women and children are disproportionately impacted by indoor air pollution, as they tend to be more exposed to environments that use biomass in open fires and indoor cooking stoves.

The state of air quality monitoring networks in developing nations

For many economically developing countries, investing in reference-grade equipment is not an option due to budgetary constraints, yet air quality data is desperately needed as a first step to mitigating the negative health and economic impacts of air pollution. Hybrid networks that leverage both FRM & FEM equipment and low-cost air sensors present a compelling solution for countries in this situation.

The same activities that damage air quality also tend to produce greenhouse gases, which further weaken the economic wellbeing of developing countries — the World Economic Forum reports that economically developing regions will bear 75-80% of the impact costs from climate change.

The UNEP in Kenya reports that for about the same cost as a single monitoring station, countries can set up entire networks using low-cost sensors. Indicative air quality sensors allow for higher-density deployment for the same cost, as well as more flexible deployment scenarios that can be tailored to meet individual countries’ needs. Air quality data can be collected from a large number of low-cost sensors dispersed across a city or region to get an accurate sense of local trends in pollution.

These sensors are affordable enough that they can be deployed at the neighborhood level by communities in areas where air pollution is particularly bad. Traditional monitors spaced far apart can easily miss these more granular changes.

In Bengaluru, India, for example, the local community leveraged funding from NGOs to install 30 low-cost air quality sensors across the city in 2019. The network was deployed at strategic locations across the city, with an emphasis on sites frequented by vulnerable populations such as schools and hospitals. You can read more about the Bengaluru air quality monitoring network and its impact on the community here.

Traditional monitoring networks are also expensive to maintain, difficult to locate, and require significant planning and lobbying to obtain funding and permitting from the local government. Indicative sensors can be easily and quickly deployed in large numbers and do not require infrastructure to house the monitors, presenting fewer barriers to entry.

In Kinshasa, the capital city of the Democratic Republic of Congo with a population of 11 million people, air quality monitors have only been put into place for the very first time recently, demonstrating the large gap between investment in air quality monitoring infrastructure and the need for pollution management. The affordability of low-cost air sensors can make air quality measurement possible in places where air quality data has never been available before.

Recently, several Clarity Node-S sensors were also installed in Brazzaville in the Republic of the Congo to better understand and characterize air quality in the region.

Economically developing nations can also face challenges in holding polluters accountable for the damage they cause to human and environmental health. This is partially due to the financial and political resources required to do so, but the lack of adequate air quality data is also a significant challenge when pursuing regulatory action.

The data collected by low-cost sensors is highly localized, allowing authorities to pinpoint pollution trends and sources and enact fines to discourage further pollution. Clarity has recently been working with the environmental agencies of several African nations to establish air quality monitoring networks for this purpose.

Because air quality data from these networks will enable the collection of fines by regulators, they will quickly become financially self-sustaining. The ability to enforce air quality regulations against polluters will generate funds that can be used to sustain and grow the networks. This funding will also be used to promote further air quality initiatives such as clean-up efforts, and grants for other clean air programs.

The benefits of monitoring air quality in economically developing regions

Investing in low-cost sensor networks empowers developing countries and their citizens with direct, transparent access to pollution data. Data is the basis of understanding air pollution and the first step to mitigating it. Having an extensive air quality monitoring network of properly-calibrated low-cost sensors enables data-driven and educated decision-making.

Hybrid air quality monitoring networks that leverage indicative sensors also promote greater environmental justice because of the granularity of the data they collect. While traditional air quality monitoring networks can miss neighborhood-level pollution changes, networks that leverage indicative monitors shed light on these disparities, which are often rooted in racial and economic inequality. On a global scale, greater air quality data coverage helps to address the data gap between developed and developing countries.

Data-driven air quality policy and regulatory enforcement also contribute to climate change mitigation, which benefits both individual countries and the planet as a whole.

In fact, the economic benefits of good air quality alone often outweigh the costs of climate change reduction strategies. Calculations based on the reduction of deaths, illness, and lost workdays in the United States due to temperature increases from air pollution total an approximate $700 billion per year in savings. Because developing countries disproportionately bear the damages and costs from global air pollution deaths, this number would likely be even higher for such regions. These savings far outweigh the costs of actions to reduce climate change.

Economically developing nations around the world are evaluating this hybrid approach to air quality data collection, and we expect to see more developing countries adopt hybrid networks that leverage the strengths of both FRM & FEM and low-cost sensors equipment in the coming years.

Economically developing nations often face the highest levels of air pollution, yet rarely have the air quality monitoring infrastructure required to address it due to the prohibitive costs of traditional air quality measurement technologies.

By implementing properly-calibrated low-cost air quality sensors alongside owned or rented FRM & FEM equipment, developing regions can leapfrog the traditional, cost-prohibitive approach to air quality monitoring network design in favor of hybrid Air Quality Monitoring 2.0 networks. This approach comes with a range of benefits including a lower upfront investment when establishing a network, higher-resolution data coverage, and flexible network design to fit the unique needs of each region.

Clarity has worked with partners in dozens of economically developing regions to successfully implement regional and national-scale air hybrid air quality monitoring networks. If you would like to speak with one of our air quality experts to learn more about our approach, please get in touch with us here.

Air pollution is a well-known problem that leads to a drastic reduction of quality of life. It does not cause only chronic diseases: according to the recent UN report, air pollution is a cause of between six and seven million premature deaths and an estimated US$5 trillion in welfare losses each year.
News

On a sunny day a week ago, representatives from government agencies, universities, industry and environmental nonprofits gathered at the Oakland Convention Center to talk about low-cost air quality sensors.