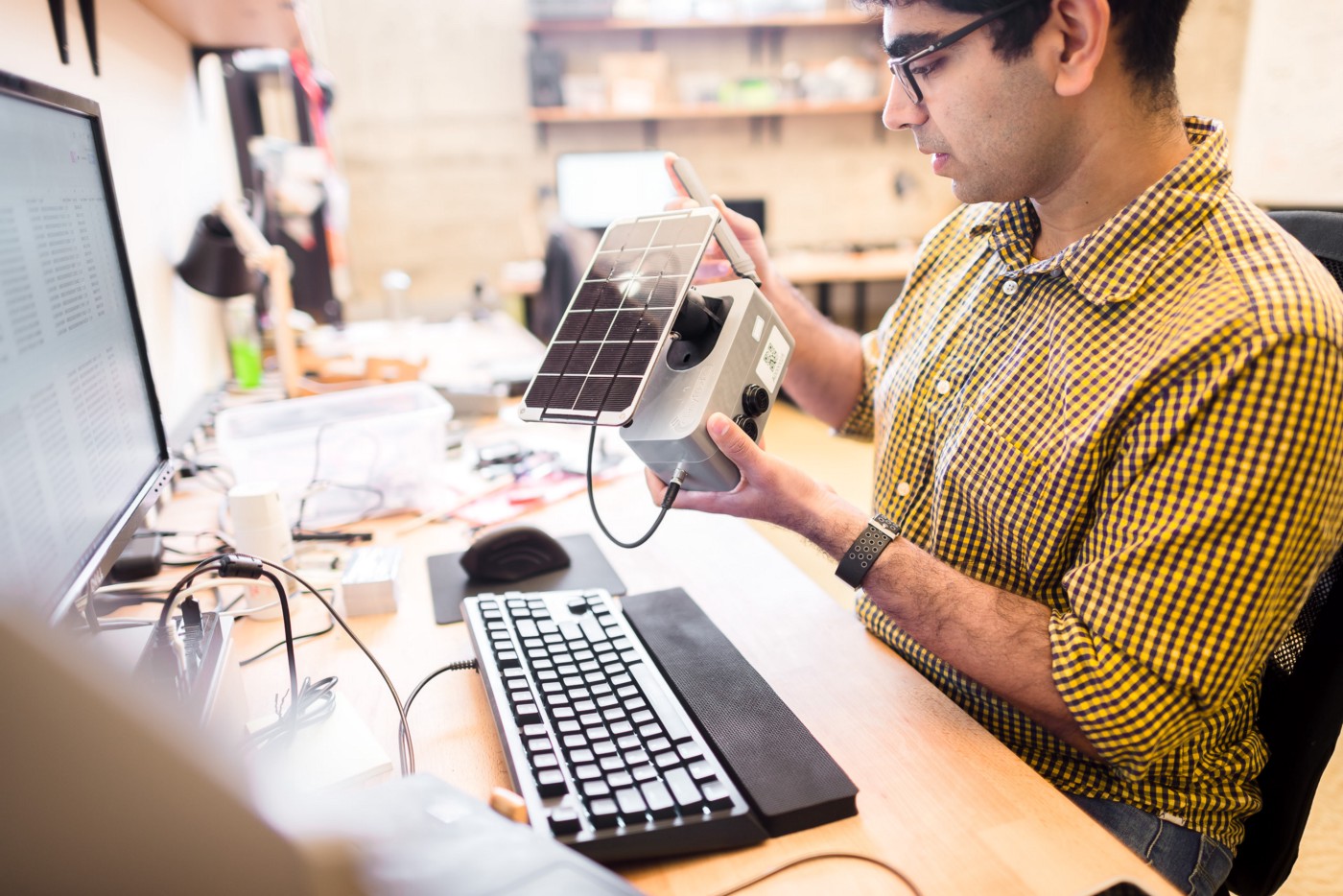 On a sunny day a week ago, representatives from government agencies, universities, industry and environmental nonprofits gathered at the Oakland Convention Center to talk about low-cost air quality sensors. These sensors could be used to monitor air quality for communities affected by pollution in Oakland and other parts of the state.

California Assembly Bill 617, or AB 617, was signed into law last year by Governor Jerry Brown, Oakland’s former mayor, aiming to tackle air pollution at the neighborhood level. According to the bill, funding will be given to targeted communities — those affected the most by poor air quality — to clean up the air. The communities can use the money to do anything; they don’t have to spend it on sensors. But since sensors enable members of these communities to find out exactly where the sources of pollution are located and how bad they are, it’s likely that the money will be spent this way first.

“The sensor world was growing before AB 617 came along. But 617 helped because the communities now have more financial resources, because they can get some funding from the state to do their measurements,” said Anthony Wexler, director of the Air Quality Research Center, speaking outside the conference rooms. “Now that there’s a mission and there’s a government entity behind all this, things are moving forward.”

These sensors, which can be as small as an iPad, as big as a bicycle, or even larger, will help measure pollution gas or particulate matter in the air. Particulate matter refers to microparticles suspended in the air that can harm people’s health. These low-cost sensors, which cost from hundreds to thousands of dollars each, are still a lot cheaper than the government-managed regulatory monitoring sensors.

According to AB 617, local communities will have to apply for the funding. In the application, they will have to provide a clear plan for how they want to spend the money. There is no set date for when the funding will be provided, or when the sensors would be installed.

Starting on September 11, the Air Quality Research Center at UC Davis organized the Air Sensors International Conference, a four-day event for all parties involved to meet and to talk about the things to look out for once a large number of sensors are in place, and the amount of data that will be generated every second.

“There are many goals. One goal is to help community people, who do not necessarily understand how to measure air pollution, to do that better,” said Wexler. “Another is that this field is moving so quickly, that it’s important that people who are making these sensors know each other.”

Wexler said that community groups would apply through the California Air Resource Board, a state agency, for the funding. The board would fund them to buy instruments, make a network to collect the data, and help the groups advise the government about what to do to reduce air pollution.

The community group can specify which sensors they want to buy and where they want to put them. But Wexler said this could be a challenge, because community members don’t necessarily have the expertise to do that or to analyze the data collected by the sensors.

Inside the conference room, on stage, the phrases “data quality” and “data analysis” were repeated in almost every session. “How will we pull all this data in and make sense of it?” asked Eric Stevenson, director of meteorology and measurement for the Bay Area Air Quality Management District (BAAQMD) during the first session. He added that the large amount of data would require a lot of analytical tools they currently don’t have.

In the exhibit section, at the booth for Berkeley-based Clarity Movement Company, COO Meiling Gao was busy talking to visitors. The company was showcasing two models of air quality sensors, priced at $700 and $800 respectively, plus a data subscription fee. Gao said the company’s focus had been on the international market, because that’s where the money was, but after AB 617’s passage, there’s more interest coming from their own backyard.

She said over the last four years her company had been testing out the technology and putting it out on the market. Ultimately, she hopes that the sensors can be used to create change based on the data they collect. “Data by itself is kind of pointless, unless you’re able to have insights on it and think of some kind of solution,” Gao said.

The non-regulatory low-cost sensors currently on the market don’t really have a government standard to follow. The Air Quality Sensor Performance Evaluation Center, run by the South Coast Air Quality Management District, evaluates the performance of these sensors and gives reports on how well they work. But following their advice is not mandatory for anyone trying to buy air quality sensors.

Robert Beckius, CEO of air pollution data provider Apis, said so far there is no rule or law for community monitoring standards. “But once you do that, then you start leaning more toward regulatory monitoring,” he said, standing beside their small air quality sensor in the exhibit section. To demonstrate its sensitivity, he placed two halves of a boiled egg under the sensor, a white block roughly the size of two toasters. A moment later, a spike appeared on a graph being displayed by a monitoring computer, indicating that the sensor had picked up the hydrogen sulfide from the egg.

But according to Stevenson from the BAAQMD, creating monitoring standards is precisely what they’re working on. “That’s part of what this conference is trying to do — to show how we want to use it, what kind of metrics are needed, in order to compare apples to apples. That’s where we’re trying to get, so that all of this information can be compared easily. That’s the future goal,” said Stevenson.

West Oakland, where residents often breathe bad air from the highway and trucks, is identified as one of the priority communities in the Bay Area under AB 617. It will develop its own action plan with the help of the BAAQMD and West Oakland Environmental Indicators Project, a nonprofit with a history of community planning. Co-director Brian Beveridge said the community members are very engaged and enthusiastic about the development of the action plan. Since they already have quite a lot of air data from previous measuring projects, their focus now will be how to use the data.

“I frankly think that we’re not that far away from simply walking around with environmental monitoring devices in our phones, on our bicycles, and all this data will be aggregated the way traffic data is by Google,” Beveridge said, speaking by phone. “We’re not so far away from being able to say, ‘This is the healthiest way from my house to school.’”

“It’s an interesting idea, isn’t it?” he asked. “But this will really come down to who gathers that data and who owns it.”

As we continue our Air Quality Measurements Series, we discuss how measuring wind speed and direction are vital to understanding the complete picture of air pollution.