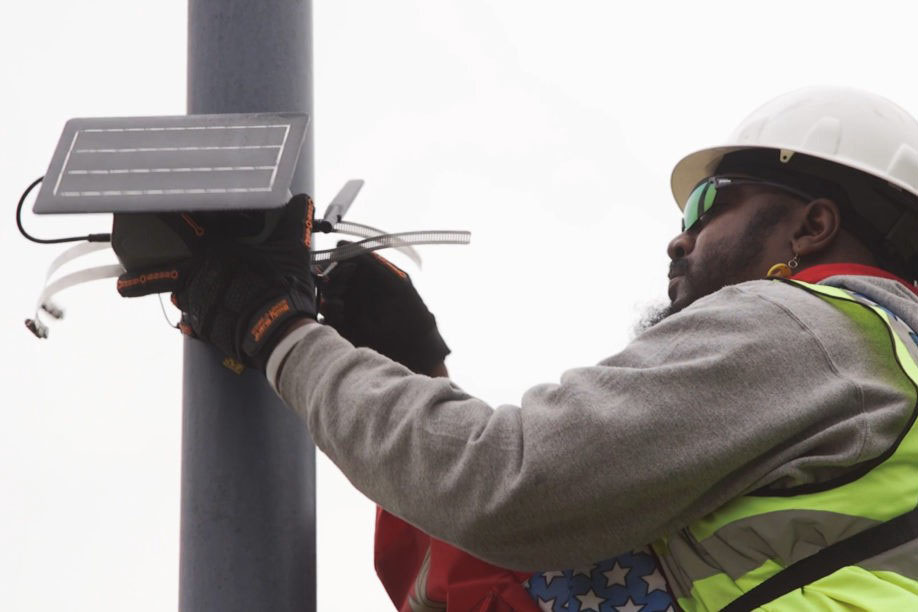 By the end of summer, 100 air quality monitors will be installed throughout Richmond and San Pablo.

It’s a stark contrast to the three state-run air monitors that currently serve the area, providing average air quality estimates for the region. The change has been spurred by first-of-its-kind legislation that is helping city residents gather detailed data about the air they breathe, and it’s a change that will shed new light on the city’s air pollution issues.

“We know that anywhere where you measure air quality is really specific to what’s going on right there,” said Kate Hoag, a scientist with the Bay Area Air Quality Management District. “It can vary from block to block or neighborhood to neighborhood.”

AB 617, which passed in 2017, is in its early stages of implementation. It provided a $495 million mandate for the state to improve air quality in disadvantaged communities like Richmond. This mandate included grant money for community-based organizations to begin their own air quality projects and a framework for the state to develop local monitoring and emissions reduction plans.

Residents say the legislation has been a long time coming.

“It really blows my mind that it has taken this long to to be doing this,” said Sherman Dean, workforce development manager at local nonprofit Groundwork Richmond.

Dean spent his childhood hopping between his mom’s house in Richmond and his dad’s house in Bakersfield. In Richmond, he said he saw a lot of people struggle with asthma and other respiratory illnesses.

In fact, children in Richmond and San Pablo are hospitalized for asthma twice as often as their neighboring counterparts in Contra Costa County. Poor and African American youth in the county are hospitalized nearly four times as often as white, Latino and Asian youth, according to county data. Research also shows poor air quality aggravates cardiovascular disease.

The new law will provide $20 million over the next two years to Richmond and San Pablo to develop an emissions reduction plan with input from local and state agencies and community-based groups. In addition, Groundwork Richmond and an organization called Physicians, Scientists, and Engineers (PSE) for Healthy Energy each received about $500,000 to install air quality sensors in the area.

This network of sensors will provide data that allows scientists to identify which pollutants are in the air and where they’re coming from, said Boris Lukanov, PhD and project lead at PSE. It’s the “perfect storm” for this kind of monitoring, he added.

In the first installment of our Air Quality Measurements series, we discuss particulate matter and how it impacts human and environmental health.