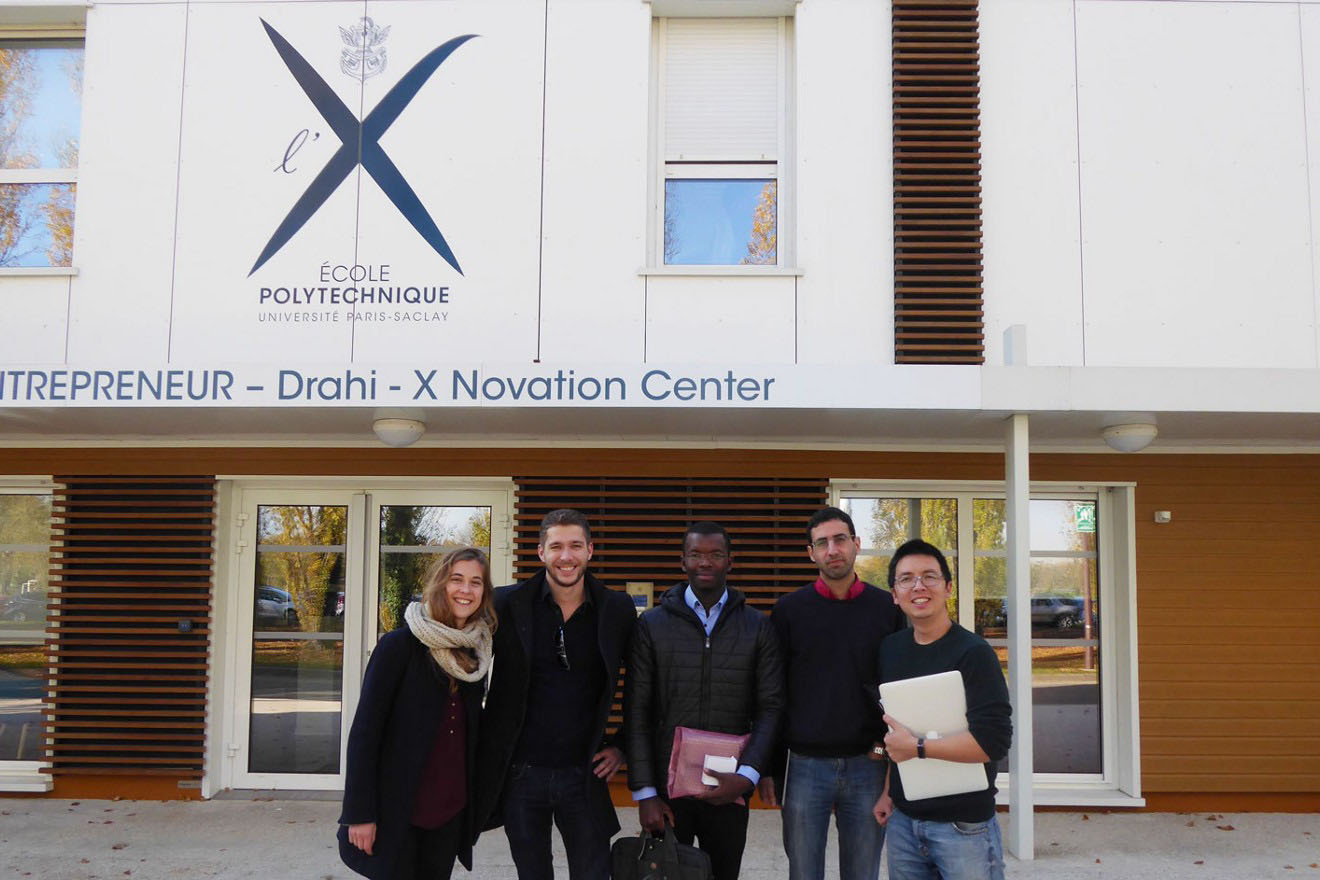 Clarity is announcing two ongoing research partnerships with the prestigious French engineering university, École Polytechnique, as well as the University’s renowned Cisco “Internet of Everything” Chaire, the academic and research program focused on wireless sensor networks.

Considered a leading university in technology innovation and research, École Polytechnique sits at the center of the Paris-Saclay campus, one of the top 8 “innovation clusters” in the world according to the MIT Technology Review. The aim of the joint research is to develop a cost-benefit model that can aid decision makers in implementing and evaluating air pollution mitigation policies.

Also located at Paris-Saclay, the Cisco “Internet of Everything” Chaire is a research collaboration between the University and Cisco Systems, working with Clarity to explore further advances in IoT communication and LoRa-like wireless sensor networks. The group is considered to house some of academia’s most advanced research in computer networking.

At Clarity, we are deeply committed to advancing innovation for the goal of creating healthier cities. The research with École Polytechnique very much aligns with Clarity’s long-term vision of helping urban policy-makers improve air quality management best practices.

Titled “Optimizing Public Policies for Air Quality”, the project is primarily led by five second-year École Polytechnique students with Clarity, professors, and other practitioners as mentors. The students apply their cross-disciplinary training in mathematics, computer science, and economics with research on air pollution fundamentals and air quality data gathered from Clarity’s air monitoring network to develop the cost-benefit analysis tool.

Air pollution has traditionally been difficult to quantify due to the extensive list of negative externalities. The European Commission estimates the total health costs linked to air pollution in the EU to be between 330 and 940 billion Euros per year. Now with the added input of hyperlocal air quality data, this inaugural cost-benefit project is a promising model that will offer a glimpse into how to lower the public health costs, minimize productivity losses, and reduce social inequalities associated with air pollution.

Pierre Alexandre Guyomar, one of the student researchers leading the project at École Polytechnique, expressed the students’ enthusiasm in working on such a cross-disciplinary project. “In times of budget cuts, regional and local authorities have to face an economic and health dilemma. Public policies aimed at reducing pollution levels, such as free public transportation or alternate traffic circulation, sometimes cost millions of dollars but are necessary for citizen health. The cost-benefit model will help inform which public policies can reconcile these contradicting goals.”

The model is expected to continue to be improved as additional data from Clarity’s global network of deployment partners are introduced. The results of the study will be uniquely positioned and will likely constitute the first steps towards helping decision-makers improve upon various clean air policies implemented around the world.

“Alternate traffic circulation may actually be counterproductive in the long run. People often buy used cars, which are more likely to pollute because of the outdated engines, to have two cars and bypass the rules, thus costing a lot to the cities.”

Guyomar added how the model will help demystify preconceived ideas about the efficiency of certain policies. When Paris exceeded the air pollution alert threshold for 4 days in 2015, the city opted for alternate traffic circulation measures. The strategy is designed to reduce air pollution by limiting the number of cars legally allowed on the roads, through license plate restrictions or other proposed parameters. Implementing the policy in Paris cost the local economy 4 million Euros per day with no measurable impact on air quality due to the limitations of the current monitoring system.

Guyomar explained, “Alternate traffic circulation may actually be counterproductive in the long run. People often buy used cars, which are more likely to pollute because of the outdated engines, to have two cars and bypass the rules, thus costing a lot to the cities.”

With the emergence of novel IoT-enabled air monitoring solutions in the recent years, cities are able to complement existing monitoring efforts to produce real-time, block-to-block air quality data that will accurately evaluate policies such as alternate traffic circulation. The ability to easily identify hotspots and track the effectiveness of new policy reforms enable cities to weigh the environmental, economic, and social trade-offs of various public policies strategies when it comes to air pollution mitigation. The research will provide cities with the tools to engage in actionable ways to measure and implement clean air best practices.

The WHO's recently updated air quality guidelines provide an opportunity to look at global air quality regulations as part of the pathway towards achieving cleaner air.
Article

In the first conversation of our "The People that Power Clarity" series, Paul Shelman, VP of Software, joins us to discuss how the work of software powers Clarity forward.