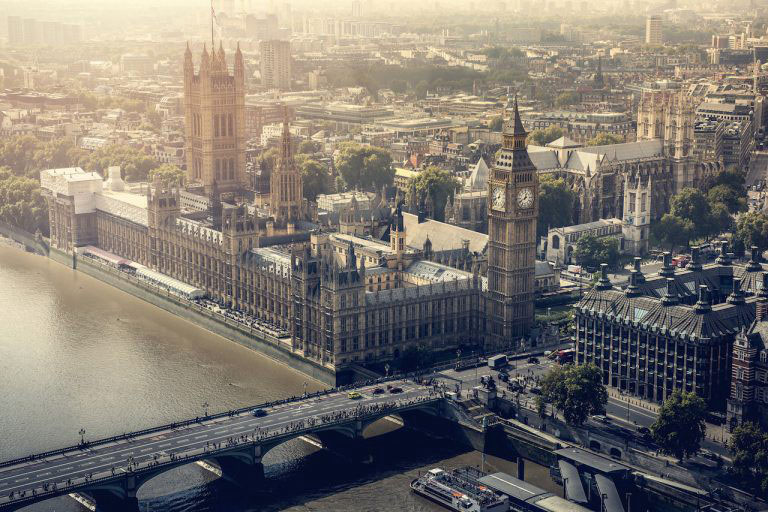 Originally published on Meeting of the Minds.

Cities around the world are spending billions of dollars to address urban pollution. London alone has pledged to spend over $1.1 billion over the next five years. We continue to see cities using a selection of classically used policies, such as vehicle restrictions by license plate numbers, in an attempt to address their pollution. Unfortunately, these policies are always costly and often yield limited results. As it stands, many cities continue to struggle to meet their air quality targets and still routinely violate their maximum allowances for emissions.

For years the World Health Organization (WHO), the American Lung Association (ALA), and others have reported on the public health consequences of air pollution and lack of a “safe level” of exposure. However, the high cost of traditional government-operated monitoring stations — up to $250,000USD per station — has made it simply too costly to provide additional measurement points at the neighborhood or street level. While these stations are typically deployed throughout a city in locations representative of ambient air quality levels, pollution isn’t uniform and unfortunately studies continue to find many sensitive and disadvantaged communities have pollution levels far exceeding those reported by the limited number of monitoring stations.

Without better data cities are making ‘best guesses’ to address their pollution, much like moving chess pieces when you can’t really see the chess board.

Today, continued advances in low-cost sensors and the Internet of Things have enabled the next-generation of air quality monitoring that can provide decision makers and communities with accurate, high resolution data at costs orders of magnitude lower than traditional monitoring stations. Cloud-based platforms and machine learning can ensure these low-cost solutions are increasingly accurate and remain calibrated. Further, these new solutions are often designed for minimal maintenance to ensure they remain feasible for city budgets (or other operators) over the long term.

As cities look to increasingly aggressive policies and investments, such as fleet replacements, road closures and even comprehensive diesel vehicle bans, politicians and decision makers will increasingly need data to support and de-risk these high value decisions across all the contributing sectors of government. Air quality is a particular challenge for cities due to its inherently multi-sector nature. While on one hand the relevant Environmental Authorities are responsible (and budgeted) for measuring pollution, it is often ultimately the Transportation and Energy Authorities that will be making the fleet procurement or policy decisions that can actually solve the problem of urban pollution. It is essential for city governments and all the stakeholders therein to have the data necessary to define these variables in support of this decision making in specific policy implement and investments at the appropriate scale. Further, by having these networks in place decision makers can monitor the effectiveness of their policies in real-time to see what is work and what isn’t.

A Demand for Data: From Smart Cities to Smart Citizens

While “smart cities” and governments are currently driving the demand for more data, we expect this top-down use of data to be increasingly complemented by a bottom-up awareness among citizens. Despite concerns around device accuracies and calibration, we’ve recently seen a tremendous increase in the uptake of low cost indoor air quality devices and personal exposure monitors as individuals are increasingly looking to understand their own individual exposures.

As recent studies have found, about half of the 4.4 million children who live in Delhi today have irreversible lung damage as a consequence of the pollution. Considering that the health effects of emissions, such as PM 2.5 (particulate matter 2.5 microns or smaller), continue to stack up over the 10, 20, and 30-year time frame, it’s more important than ever to consider where you live.

A 2016 study from Zillow Research identified safety as the second most important driver of home selection by a significant margin, second to affordability. As awareness around the health costs of pollution continues to increase we believe homebuyers and community leaders will increasingly recognize that “safety” is not only about stopping criminals coming through the door — but pollution coming through your windows. And at the same time, homebuyers will recognize that air quality is not just about health, but also about their real estate investment. Just as homebuyers are increasingly savvy about the solar resources (Google SunRoof & Zillow SunNumber) and the school districts they’re buying into as a factor in their home’s value, homebuyers will increasingly demand clean air policies not only to protect their families, but to protect and increase the value of their homes as well.

We expect this continued alignment to provide yet another clear market enablement opportunity for the next generation of high resolution air quality data.

Clarity and SHAIR, a team within Ramboll Group A/S, were honored at the end of last year with the Clean Air Alliance of China’s prestigious Bluetech Future Star Award for partnering in the production and testing of a Bi-Modal Real-Time Air Quality Solution (BRAQS).
Article