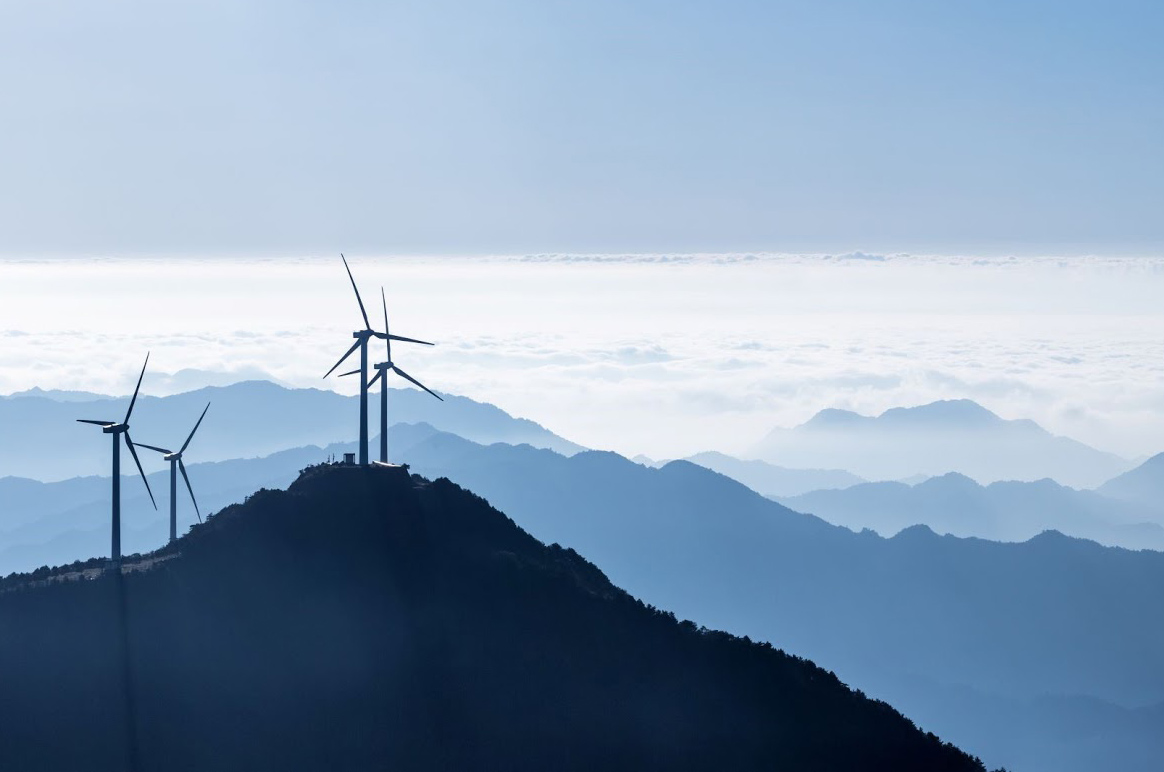 TL;DR -- Climate change and air pollution both threaten human, environmental, and economic health across the globe, but the relationship between these two crises runs much deeper than initially meets the eye. Recent research has demonstrated a synergistic relationship between air pollution reduction and climate change mitigation. Predictive models of the economic benefits that come with environmental policy find that the co-benefits of improved air quality alone often justify the cost of climate change mitigation programs, even before the climate-related and other benefits of these policies are considered. This finding opens up an incredible opportunity to push for improved environmental policy and action against a rapidly changing climate, with air quality co-benefits providing the local, immediate, and measurable benefits that politicians need to make the business case for climate action.

The state of climate change today

Climate change is a global and increasingly urgent crisis. Carbon dioxide emissions, which have been increasing due to human activity since the Industrial Revolution, are known to be a significant contributor to global temperature increases. In 2020, carbon dioxide levels reached a record 417 parts per million in May—these levels had not been over 400 parts per million in the last four million years. Record levels of carbon emissions have been recorded year over year, including in 2020 (even after accounting for the initial decrease in emissions during the beginning of the COVID-19 lockdowns).

Climate change is no longer an abstract threat—the impacts of a changing climate are increasingly tangible and destructive each year. 2020 was recorded to be over 1.2°C hotter than the average year in the 1800s, and it was the hottest year on record in Europe. This European record is tied with that from 2016, but it is important to note that 2016 was an El Niño year, where warming conditions are expected to occur. In contrast, 2020 was a La Niña year in which global temperatures would have been expected to decrease—instead, we saw the hottest year in recorded history.

Drastic weather conditions are already manifesting as a result of climate change. In addition to record-breaking numbers of tropical storms and hurricanes, some of the largest wildfires in recorded history raged in California and across the western United States summer. To learn more about the 2020 wildfire season and its impact on air quality, read our wildfire blog.

The relationship between air quality and climate change

A changing climate impacts global air quality in a variety of ways. In addition to an increase in climate-change related air pollution like wildfire smoke, the act of burning fossil fuels and other dirty energy sources themselves cause increased levels of particulate matter (PM) and other pollutants in the air. Particulate matter is directly linked to premature mortality and accounts for a large portion of air pollution’s detrimental effects on human health. Even a small decline in particulate matter can prevent a significant number of premature deaths.

Poor air quality and climate change have a synergistic relationship because they share many of the same causes. For example, carbon dioxide emissions from burning fossil fuels are a significant driver of both air pollution and climate change through the release of particulate matter and the greenhouse gas effect of trapping atmospheric heat. Air pollutants themselves can contribute to climate change by affecting the reflection or absorption of sunlight onto Earth’s surface (this a highly complex interaction that we will not explore in depth here).

This commonality in cause means that many of the same avenues can be used to both improve air quality and mitigate climate change. Governments can implement policy measures that target the sources of both greenhouse gases and air pollutant emissions.

Take solar energy for example—this zero-emission energy source has been recognized as a key building block for climate-neutral energy infrastructure. While solar’s contributions to air quality have not traditionally been highlighted, studies have shown that ambient concentrations of particulate matter would decrease significantly under a “solar scenario” where 17% of electricity generation was replaced with solar photovoltaics in the Eastern United States.

Climate change mitigation in the U.S. and around the world

The one upside of an increasingly tangible and urgent climate crisis is an impetus for action. As citizens around the world demand action on climate change, politicians around the world are realizing that they can no longer turn a blind eye to greenhouse gas emissions.

The Paris Climate Agreement, adopted in 2015 and signed by nearly every country in the world, is currently in place to limit global temperatures to within 1.5°C above pre-industrial temperatures. The climate treaty has had some success: the trajectory of temperature increase has been lowered to 2.9°C from the predicted 3.5°C increase that would occur by 2100 without the Paris Climate Agreement. However, this temperature increase is not yet within the treaty’s goals, nor does it prevent the drastic consequences that would come with such a warming climate.

Around the world, different countries have taken a variety of approaches to reduce climate change and reap the air quality co-benefits that come with it. In the European Union, carbon permits have been implemented to hold polluters accountable. Factories and power plants are allowed to emit a certain level of carbon dioxide, and those exceeding this level must purchase carbon credits from firms under the emission limit. Carbon permits provide financial incentives and accountability for controlling carbon emissions.

Australia also implemented a financial penalty on emissions. A tax on each ton of carbon from the nation’s top polluters sharply decreased the emissions by 14 million metric tons between 2012 and 2014. Unfortunately, the plan was only in place for 2 years.

While all of these actions are commendable, in their desire to focus on the climate policymakers often overlook the significant air quality co-benefits of these policies. Part of the reason for this oversight is the lack of reliable, real-time air quality data that could be used to confidently quantify the environmental and health benefits of these policies at the local scale.

As we have discussed, most of the actions taken to address climate change also come with the co-benefit of air quality improvements. Apart from their magnitude, what is notable about air quality co-benefits is that they are immediate and measurable.

The benefits of climate change mitigation play out over the long-term and their measurement relies significantly on modeling, while air quality co-benefits often manifest immediately in the form of improved human and environmental health. This can make focusing on air quality benefits more politically efficacious as it provides an opportunity to demonstrate how climate policies provide benefits that are immediately relevant to the health of voters.

The health effects of cleaner air -- such as from local declines in PM2.5 and nitrogen dioxide -- can be directly tied to fewer asthma attacks, heart attacks, and deaths on an immediate and local scale. These tangible, local benefits can be used by politicians to justify their climate action plans to constituents.

By cutting fossil fuel combustion, studies have found that not only would CO2 emissions be reduced but so would a significant portion of ozone, SO2, NO2, particulate matter, methane, and volatile organic compound emissions. When looking specifically at particulate matter (PM), this study found a correlation coefficient greater than 0.6 for the relationship between CO2 and PM emissions.

To put these co-benefits into the context of climate mitigation approaches already in place, a recent study looked at all of the health co-benefits associated with meeting the Paris Agreement’s goals and modeled the economic impacts for seven countries. They found that complying with the objective of the agreement would reduce preventable deaths by a minimum of 10 per 100,000 people in nearly all countries, with the potential to prevent as many as 60 deaths per 100,000 people in places with poor air quality such as China.

Drew Shindell of Duke University and his team took a similar approach, modeling the air quality benefits associated with policies that would maintain the global temperature within a 2°C increase (in line with the Paris Agreement). They found that these actions would avoid about 4.5 million premature deaths, 3.5 million hospitalizations and emergency room visits, and 300 million lost workdays in the United States alone.

These avoided outcomes were estimated to be worth over $700 billion per year in the United States -- a colossal gain that would far outweigh the cost of climate change mitigation strategies like switching to clean energy. To provide a rough comparison, Biden’s $2 trillion would provide a positive return on investment in less than three years if all of these air quality benefits were realized.

Another study led by Jason West of the University of North Carolina, under the National Institute of Environmental Health Sciences, found further evidence that the benefits of air quality improvements alone outweigh the costs of climate change mitigation. By comparing a future scenario of rigorous climate policy versus a scenario with no policy in place, West and his team found that reducing greenhouse gas emissions would prevent vast numbers of premature deaths globally due to air pollution.

These health benefits correspond to a $50 to $380 value for every ton of carbon dioxide cut, a benefit that exceeds the marginal GHG abatement costs in 2030 and 2050, and fall within the low range of costs in 2100. In certain regions, such as East Asia, the co-benefits were found to be as much as 10 to 70 times the marginal abatement cost in 2030.

“The air quality ‘co-benefits’ are generally so valuable that they exceed the cost of climate action, often many times over.” -- Rebecca Saari, University of Waterloo

Measuring air quality co-benefits is key to a healthier future

Air quality-related economic benefits, made up largely by human health improvements, can and should be used to garner political and financial support for climate action. While air quality co-benefits are immediate, tangible, and measurable, the proper infrastructure is still required to accurately measure and assess any policy’s impact on air quality. Granular, accurate air quality data provides a foundation for better understanding the relationship between climate change mitigation and air quality, and will be vital to pinpointing the economic co-benefits as an incentive for climate action around the globe.

Interested in measuring air quality to demonstrate the impact of climate change, clean energy, transportation, or other policy? Get in touch with our team to learn how Clarity’s sensing-as-a-service solution is used to quantify the air quality benefits of environmental policies.

On a sunny day a week ago, representatives from government agencies, universities, industry and environmental nonprofits gathered at the Oakland Convention Center to talk about low-cost air quality sensors.
Article