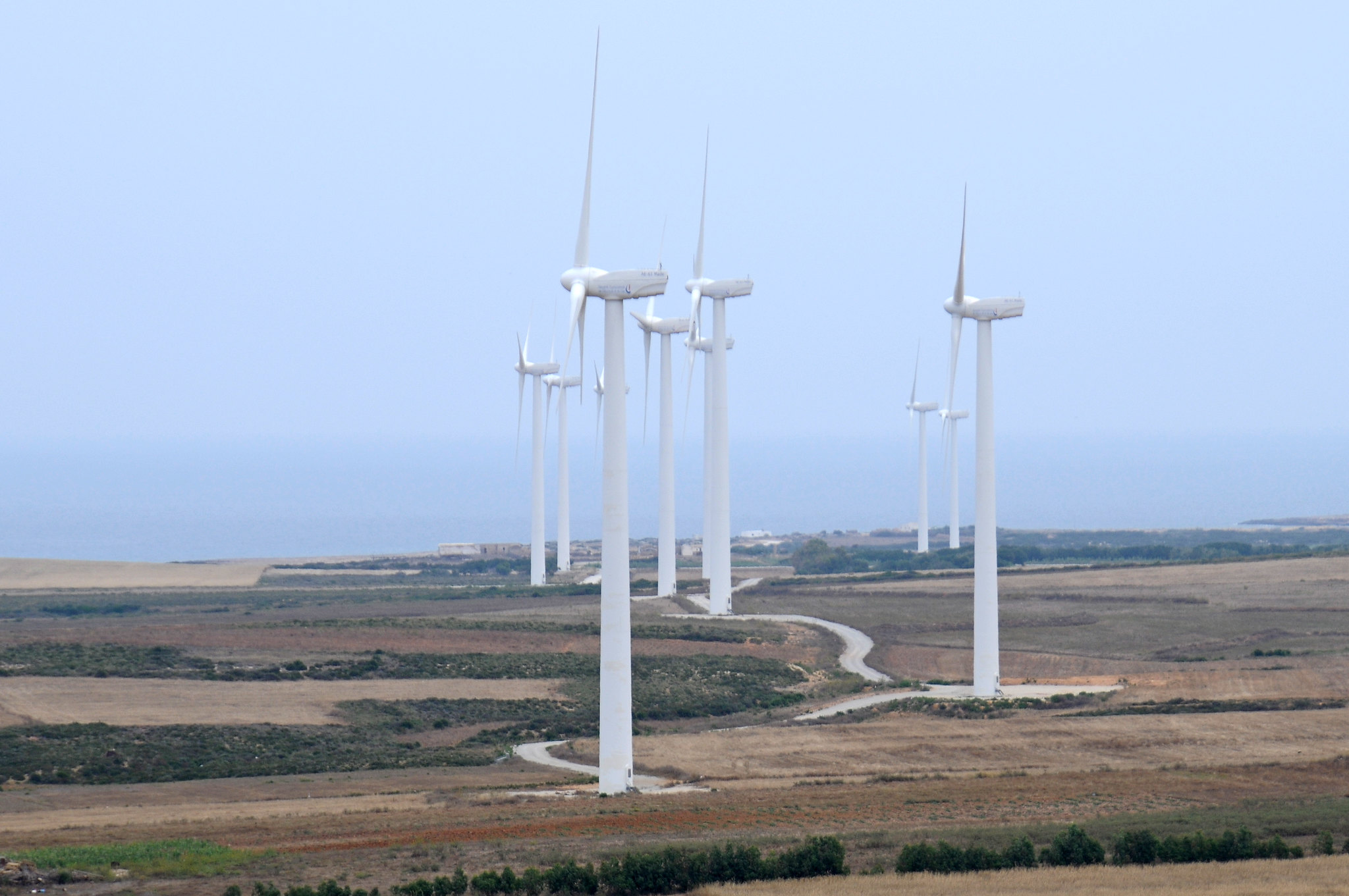 Steps toward cleaner air: A closer look at the air quality and climate benefits of renewable energy

The UN says that with technology available today, cheap electricity from renewable sources could provide 65 percent of the world’s total electricity supply by 2030 and decarbonize 90 percent of the power sector by 2050, massively cutting carbon emissions and improving air quality. But what exactly is the relationship between energy production and air pollution? We’ll take a deep dive into this topic and see that the benefits of investing in clean energy sources become even more compelling when both air quality and climate benefits are considered.

The current state of renewable energy

In contrast, renewable energy comes from sources that can be replenished faster than they are consumed.

Renewable energy sources produce little to no greenhouse gas emissions that contribute to climate change, even when considering their life cycle emissions that occur through each stage of the technology’s use.

Estimates from Harvard calculate that air pollution from fossil fuels may be responsible for as many as one in five deaths worldwide. Air pollution from coal-fired power plants impacts not only people in the immediate vicinity but can travel long distances depending on the prevailing wind speed and direction and put large portions of the population at risk.

The types of renewable energy that currently exist

The most common renewable energy sources include wind, solar, and geothermal with two of the safest and most common being wind and solar.

Renewable energy sources – which are available in abundance all around us, provided by the sun, wind, water, waste, and heat from the Earth – are replenished by nature and emit little to no greenhouse gases or pollutants into the air.”

Wind energy is created using wind turbines which can be placed anywhere with high-speed winds, including hilltops to open water. Wind energy is one of the cleanest sources of energy because wind turbines do not affect air pollution emissions in any direct way and do not need water for cooling.

Solar energy, which uses solar or photovoltaic cells to convert sunlight into electricity, is also very clean in that it doesn’t produce air pollutants or contribute to greenhouse gas emissions. However, the process of manufacturing solar panels may produce some emissions.

Geothermal energy relies on the heat produced within the Earth. Water is injected deep underground and is heated by the Earth’s molten interior and returns as hot water or steam; this steam is used to power a turbine to generate electricity. Geothermal energy produces only one-sixth of the carbon dioxide of a natural gas powerplant and little to no NO2 or SO2 pollution.

While biomass is sometimes listed as a source of renewable energy, the American Lung Association opposes biomass combustion as a form of energy generation because this process creates particle pollution and releases other carcinogens. However, pyrolysis — where biomass is heated in an anaerobic environment without oxygen, breaking down into oils and gases — is a potential alternative to incineration that is known to produce fewer air pollutants than burning.

An exciting future may exist when it comes to nuclear fusion. Nuclear fusion, a process where light elements are combined to form heavier elements and release energy in the process, made recent headlines due to a scientific breakthrough where scientists demonstrated a positive energy gain in the reaction for the first time.

However, we’re still far from being able to use nuclear fusion as a viable energy source. Though this process can not yet be practically applied commercially, it holds the potential for a clean, safe, carbon-free, and near-limitless source of energy in the future.

Renewable energy use is growing across the globe but unfortunately still accounts for just a portion of overall energy generation.

Globally, even though fossil fuels still account for the majority of energy production, renewable energy sources now make up 29% of current electricity production.

Share of low-carbon sources and coal in world electricity generation, 1971-2021

In the United States, 29% of greenhouse gas emissions come from electricity production, particularly from fossil fuel combustion. However, the U.S. is increasing its use of nonfossil fuel sources of energy, with 21% of the country’s energy consumption coming from renewable sources in 2020 — the highest share since the early 1900s.

By increasing the supply and use of renewable energy like wind and solar, we can replace carbon-intensive sources like fossil fuels and lower the amount of greenhouse gas emissions released.

The air quality and public health benefits of renewable energy

Air pollution is a severe global crisis, with the World Health Organization estimating that 99% of people across the globe breathe in air that exceeds air quality limits and threatens their health.

According to the IEA, energy production and consumption is the largest source of anthropogenic air pollution in the world, meaning that it is essential to recognize the severe impacts that nonrenewable and unclean energy use have on our air and health.

Data from the World Bank valued the global welfare losses caused by air pollution at $5.11 trillion in 2013, or about $14 billion per day.

Relying more heavily on renewable energy sources like wind and solar has significant health and economic benefits, with one study showing $2 billion in health benefits from wind power, with 29% and 32% of these health benefits connected to racial and ethnic minorities and low-income populations, respectively.

In stark contrast, a study out of Harvard estimated $74.6 billion in life cycle and public health costs associated with coal every year in the United States.

Using renewable sources of energy reduces fine particulate matter, or PM2.5, levels. Power plants, transportation, and the industrial sector are some of the largest sources of PM2.5 and also emit other air pollutants like sulfur dioxide and nitrogen oxides into the atmosphere.

As two of the cleanest sources of energy currently available, switching to wind and solar power can limit PM2.5 levels almost immediately. Other renewable energy sources, like geothermal, still emit some PM2.5 but significantly less than fossil fuels.

Renewable energy also reduces ground-level ozone production and NO2 pollution, which go hand-in-hand as nitrogen oxide emissions from coal plants are one part of the chemical reaction that produces ozone and are a main part of rising ozone levels.

Read our Air Quality Measurements series blogs on ground-level ozone here and nitrogen dioxide here to learn more about the impact that these pollutants have on human health, air quality, and climate change.

The climate benefits of clean energy

Non-renewable energy sources are the principal cause of anthropogenic climate change and enact serious damage to the climate.

Fossil fuels, such as coal, oil and gas, are by far the largest contributor to global climate change, accounting for over 75 percent of global greenhouse gas emissions and nearly 90 percent of all carbon dioxide emissions.”

However, using clean renewable energy sources holds a lot of promise for the health of the climate.

Cheap electricity from renewable sources could provide 65 percent of the world’s total electricity supply by 2030. It could decarbonize 90 percent of the power sector by 2050, massively cutting carbon emissions and helping to mitigate climate change.”

To learn more about the need for resilient infrastructure in the face of climate change and accelerating environmental disasters, read our blog on the importance of resilient air quality monitoring networks here.

By substituting fossil fuels, the growth in renewable energy since 2005 has also avoided generating GHGs from fossil fuel combustion. At current energy demand, without these savings in GHG emissions, the EU’s total annual emissions would have been 11 % higher in 2018, jeopardising the achievement of the EU’s GHG emission reduction target for 2020."

Economic and other benefits of renewable energy

Renewable energy is becoming increasingly affordable — in fact, it is one of the cheapest power options in most parts of the world today. Technological developments and increasing availability mean that the cost of electricity from solar power fell by 85% and onshore and offshore wind energy fell by 56% and 48%, respectively, between 2010 and 2020.

Wind and solar energy have experienced remarkable growth and huge cost improvements over the past decade with no signs of slowing down. Prices are declining rapidly, and renewable energy is becoming increasingly competitive with fossil fuels all around the country. In some places, new renewable energy is already cheaper than continuing to operate old, inefficient and dirty fossil fuel-fired or nuclear power plants."

The growth of the renewable energy sector has generated more jobs. Data shows that every dollar of investment in renewable energy creates three times as many jobs as compared to each dollar invested in fossil fuels, and that an estimated 14 million new jobs could be created in clean energy by 2030 following the IEA’s transition towards net-zero emissions.

A greater focus on renewable energy can also help countries to become less import-dependent and, therefore, more resilient. With 80% of the global population living in countries that are net importers of fossil fuels, a large portion of the world can be quickly affected by geopolitical shocks and crises.

Renewable energy sources, on the other hand, are available in all countries across the globe — even if they have not yet been harnessed.

The International Renewable Energy Agency (IRENA) estimates that 90 percent of the world’s electricity can and should come from renewable energy by 2050. Renewables offer a way out of import dependency, allowing countries to diversify their economies and protect them from the unpredictable price swings of fossil fuels, while driving inclusive economic growth, new jobs, and poverty alleviation.”

A bright future of renewable energy

It is crucial to invest in renewable energy and educate about its benefits in regards to reducing air pollution and mitigating climate change in order to leverage this potential for improving environmental health.

In order to take the full air quality benefits of clean energy into account, we need to modernize our approach to air pollution monitoring and capture more data to demonstrate how exposure is reduced at the local level. Clarity provides affordable, portable air quality measurement equipment that can be used to accurately measure air pollution at the local scale. Get in touch to learn more!

In the second installment of our Air Quality Measurements Series, we cover nitrogen dioxide (NO₂) and how it is tied to poor air quality, human health, and environmental damage.
News

Air pollution is a well-known problem that leads to a drastic reduction of quality of life. It does not cause only chronic diseases: according to the recent UN report, air pollution is a cause of between six and seven million premature deaths and an estimated US$5 trillion in welfare losses each year.