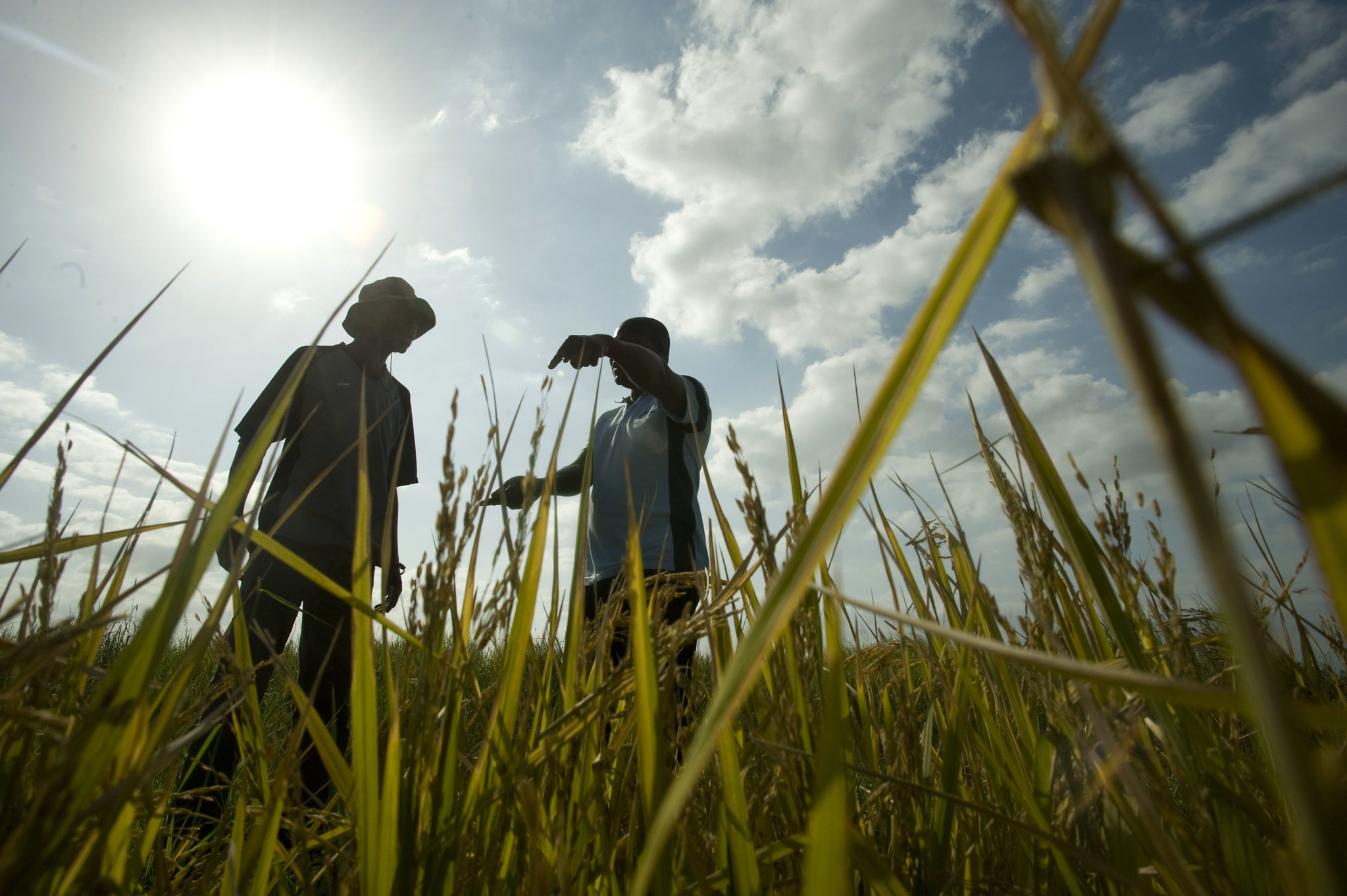 The two-way relationship between agriculture and air pollution

Recognizing the relationship between air pollution and agriculture

While we know that air pollution contributes to climate change and premature death, its impacts on agriculture are less well-recognized.

Worldwide, ground-level ozone pollution created by fuel burning and chemical use will reduce staple crop yields by 26 percent by 2030, according to the United Nations Environment Programme (UNEP). Yet while the global food supply is facing these threats, it is at the same time one of the five largest contributors to air pollution, meaning that tackling agriculturally-caused air pollution is imperative for the food system”

— EIT Food, an organization co-funded by the European Union

Air pollution and agriculture have a two-way relationship as both can impact the other in compounding ways. We will be exploring this relationship below.

Agriculture is a significant contributor to air pollution worldwide. In fact, food production is responsible for a quarter of the world’s greenhouse gas emissions.

Agriculture has the greatest impact on air pollution in terms of ammonia emissions. Emissions from livestock manure and chemicals comprise 95% of ammonia emissions, which in turn account for 58% of the particulate matter air pollution in European cities. Read our Air Quality Measurements series blog focusing on PM pollution here for more information on the multitude of ways this pollutant damages human and environmental health.

Air pollution from agriculture doesn’t affect the air quality only where the crops are being grown — chemical drift with pesticides, herbicides, and fertilizers can occur as these compounds reach nearby lands or neighborhoods and contribute to poor air quality elsewhere.

Air pollution’s relationship with climate change only compounds the severity of the issue. Not only can agriculture deteriorate air quality, but air pollution itself can worsen climate change. Air pollution is responsible for up to 40% of climate change, and the rising temperatures that occur with a changing climate can significantly damage crop production.

According to the UN Food and Agriculture Organization, crop yields of staples like rice, maize, and wheat will decrease by up to 10 percent per degree Celsius of global warming. Extreme weather and heat will cut staple crop yields across the Mediterranean region by up to 25 percent in the coming decades.”

Agriculture’s contribution to air pollution and higher levels of pollutants such as particulate matter, nitrogen dioxide, and ground-level ozone also damage human health. Read our blog taking a deep dive into all the ways that air pollution impacts human health for more information.

Air pollution and climate change can damage agriculture in a variety of ways.

Air pollution’s effects can manifest visually in plants through “yellowing” — a term that refers to reduced growth, injury, or premature crop death. Yellowing is a sign of nitrogen deficiency, demonstrating how short-lived air pollutants as well as ground-level ozone disrupt crop cycles and development. For more information on nitrogen dioxide air pollution, read our blog here.

Increased air pollution also contributes to smog and acid rain which affect both the air and the soil the plants live in, limiting crop yields and damaging plant roots and leaves.

One of the most substantial ways that air pollution and climate change affect agriculture is by damaging crop yields.

It is important to note that while cities can have poor air quality, it is often rural areas or those surrounded by more agriculture where polluting industries move, releasing emissions closer to crops and more directly affecting their yields.

In a study out of Stanford University that used satellite images of NO2 levels and crop production, researchers found that a 50% decrease in nitrous oxide emissions would improve crop yields by the following approximate amounts:

The researchers found that while air pollution and climate change can combine to negatively impact agriculture, there are also dual climate and health benefits that come with taking action against these environmental crises.

The actions you would take to reduce NOx, such as vehicle electrification, overlap closely with the types of energy transformations needed to slow climate change and improve local air quality for human health…The main take-home from this study is that the agricultural benefits of these actions could be really substantial, enough to help ease the challenge of feeding a growing population”

Previous research by Lobell and Burney estimated reductions in ozone, particulate matter, nitrogen dioxide, and sulfur dioxide between 1999 and 2019 contributed to about 20% of the increase in U.S. corn and soybean yield gains during that period – an amount worth about $5 billion per year”

A 2000 study found that ground-level ozone pollution’s impacts on 23 different crops amounted to 6.7 billion Euros worth of damage.

Current estimates suggest that O3 is causing between 5% and 12% yield losses globally in staple crops, which include wheat, rice, maize, soybean…Associated economic losses from affected crops are estimated to be up to $20 billion per year”

For more information about ground-level ozone pollution and its negative impacts on environmental and public health, read our Air Quality Measurements series blog focusing on the pollutant here.

How food security is impacted by air pollution and climate change

Aside from looking at agriculture as a whole, it is important to note the ways that air pollution and climate change affect food security around the globe. According to the Food and Agriculture Organization (FAO), food security requires that all people have access to sufficient, safe, and nutritious food that meets both their dietary needs and food preferences for living healthily.

Air pollution disrupts not only food production, but also food access. In areas like the tropics and subtropics, not only will the productivity of food crops decline, but subsistence farmers and outdoor labourers will face reduced workdays, as breathability worsens and daily heat rises, limiting their incomes and increasing the price of food worldwide”

Air pollution’s negative impacts on agriculture do not affect everyone equally. 2.5 billion people around the world depend on agriculture for their livelihoods, and small farmers especially can be heavily impacted by relatively minor changes in climate and crop growth. Those who experience hunger and undernutrition are also most vulnerable to these threats.

What can we do about the threats that air pollution and a changing climate pose to agriculture and food security across the globe? Many point to sustainable agriculture as the answer so we can meet our world population’s need for food while sustainably using resources, both aiding agricultural production in the short-term and ensuring food security for the future.

Some sustainable agricultural practices are outlined below:

It is crucial to recognize the connection between air pollution and climate change, especially when noting how deeply air pollution affects agricultural production and people around the world.

By both improving air quality to mitigate its negative effects on agriculture, and shifting to more sustainable agriculture to limit the ways that crop production worsens our air, we can work together toward a future of clean air for all.

Interested in measuring air quality for cleaner air, improved physical and mental health, and a healthier climate? Get in touch with our team to learn more about our Sensing-as-a-Service solution for governments, businesses, and community organizations, using our Clarity Node-S monitors and modules that do not depend on infrastructure like WiFi or power — making them especially resilient during environmental disasters.

As we post this blog, most of our daily lives have been disrupted by the coronavirus COVID-19 outbreak. During a time of uncertainty shrouded by fear, we are grateful for first responders, medical staff, and scientists everywhere at the frontline of this pandemic.