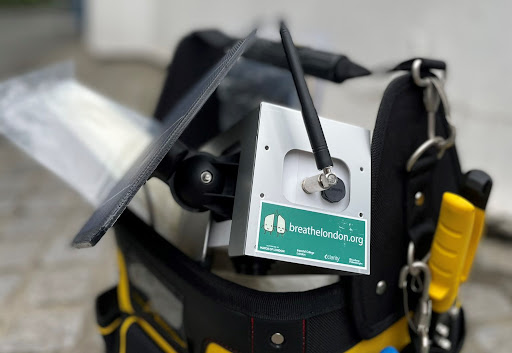 TL;DR — As global urbanization continues and cities account for a greater portion of the world’s population, so too do they become responsible for more climate and air pollutant emissions. Cities across the globe currently suffer from disproportionately poor air quality and face the consequences when it comes to public and environmental health. As climate change accelerates and leaves cities more susceptible to harmful environmental disasters, city residents become increasingly prone to the negative effects of both air pollution and climate change — making it even more important than ever that cities take steps to establish high-resolution air quality networks to collect the environmental data they need to plan for climate change.

Cities are a major component of the work to fight climate change and air pollution because they have a significant impact on both of these environmental crises — the question is whether that impact will be negative or positive.

Despite accounting for a small portion of the world’s land — just 2% — cities are accountable for over 70% of the global carbon dioxide emissions and are at a heightened risk for environmental disasters and hazards such as extreme heat, flooding, rising sea levels, and coastal storms.

Many of the globe’s largest and most populous cities also suffer significantly from poor air quality and environmental conditions. For example, those in cities tend to live closer to dense traffic, increasing their exposure to nitrogen dioxide from vehicles. To learn more about the harmful effects of NO2 pollution, read our air quality measurement series blog here.

The top ten most polluted cities for PM2.5 and NO2 among the most populated cities

Cities need to start by collecting more environmental data — both so they are aware of their own contribution to air pollution and climate change, and so they can react quickly to environmental disasters. Certain disasters, such as wildfires, extreme temperatures, sandstorms, and floods, are accelerating in intensity and frequency in the face of climate change — read our blog here to learn more about the need for resilient infrastructure during disasters.

The current state of air pollution in cities, and why it’s vital to monitor urban air quality

As cities grow in size and quantity — and house an increasingly large portion of the global population — it becomes more important than ever to establish resilient, high-resolution air quality monitoring networks in urban areas.

City populations are rapidly increasing — putting more pressure on resources, infrastructure, and the environment as they develop.

The world’s urban population has grown rapidly from around 751 million in 1950 to 4.2 billion in 2018. According to the United Nations, in 2018 55% of the world’s population lived in urban areas, and this is expected to increase to 68% by 2050. Projections show that urbanisation, coupled with global population growth could add 2.5 billion people to urban areas by 2050, with around 90% of this increase taking place in Asia and Africa”

Cities tend to have poor air quality compared to surrounding suburban and rural areas, making them an even more important location to invest in air quality monitoring. Over 80% of cities across the world have air that is unsafe to breathe, and in low- and middle-income countries, this number rises to 97% of cities.

According to the UN Environment Programme, urban activities such as transport and building are key contributors to climate change, as many generate a high level of greenhouse gases. Air pollution in urban areas often involves the combustion products from a variety of sources, including:

On top of that, cities are more highly impacted by environmental disasters — and will continue to be as climate change accelerates the frequency and severity of these disasters.

Close to three in five cities worldwide with at least 500,000 inhabitants are at high risk of a natural disaster, cautions UN DESA in its latest data booklet, The World’s Cities in 2018. Collectively, these cities are home to 1.4 billion people or around one third of the world’s urban population."

Accelerating climate change and environmental disasters mean that cities that had not previously been on the frontline of the climate crisis are now experiencing more intense disasters and weather events — causing both direct harm to residents and, because many disasters negatively impact air quality, also worsening the air that they breathe.

Poor air quality’s negative impacts are only heightened in urban areas, where dense populations, a high number of pollution sources, and less airflow to disperse pollution add up to unclean air.

Air pollution has a vast myriad of negative health impacts, such as those that can be explored in our blog here, which takes a deep dive into the health outcomes associated with pollution exposure.

Poor urban air quality also has substantial economic impacts and can cause a talent drain, where poor air quality can cause residents — especially higher-income, more educated residents that can afford to leave — to move away from extremely polluted cities.

In 2015, air pollution cost Mumbai and Delhi US $10.66 billion, or 0.71% of India’s GDP. It costs the global economy approximately US $225 billion a year in health-related lost labour alone.”

City residents have increasingly called for officials to take action against air pollution and recognize it as the serious issue that it is.

In London, 82% of residents consider it a priority for the mayor to tackle air pollution. In 2013, a coroner ruled that air pollution exposure was the cause of death for a young girl in London, driving the establishment of the Breathe London air quality monitoring network across the city.

In Texas, residents of predominantly low-income, Black neighborhoods such as Pleasantville and Port Arthur are petitioning for the EPA to investigate air pollution facilities whose emissions have been harming residents’ health for years.

Cities have a major role to play in fighting climate change, but they need better environmental data to plan effectively and create more sustainable and resilient environments.

Improving the air that city residents breathe, especially in the face of accelerating climate change, means tackling the issue from a variety of angles.

First and foremost, it is essential to monitor air quality in order to understand when and where air quality is declining — this is an essential step to determine the efficacy of any measures taken to improve the air.

C40 Cities outlines some ways that cities can take action to improve their air:

Cities can also implement traffic-related policies to improve their air quality. These policies often target diesel vehicles, since they release the most pollution. In fact, many cities have banned diesel vehicles and/or older vehicles from city centers, including Paris, London, Barcelona, Berlin, Athens, Tokyo, and Seoul, among others.

In Germany — ironically the place where diesel technology was developed — a 2018 ruling banned diesel cars in order to improve air quality, prompting later action for German cities to go car-free.

Some cities use other techniques aside from outright bans in order to reduce private vehicle use, such as pricing schemes that charge commuters for driving at peak times, driving with highly polluting vehicles, or driving in congested areas. Other cities have restricted driving by license plate numbers, though in some locations such as Mexico City this has backfired in increasing the number of private vehicles owned by each household.

Other traffic-related strategies include:

In 2018, Madrid created a total ban on highly polluting vehicles in the city center, while in 2020 Barcelona introduced restrictions on driving on certain major roads during workdays.

In comparison to many cities around the world, no cities in the United States have taken such direct action against polluting vehicles, whether by banning diesel engines or restricting driving — although California has taken a step in the right direction by stating that by 2035 100% of new cars and light trucks sold in California will be zero-emission vehicles.

London is a prime example of a city where extensive action has been taken to try to reduce air pollution, particularly from traffic, under the Breathe London project. The Ultra Low Emission Zone (ULEZ) was established in 2019, which imposes strict restrictions on vehicles that do not meet certain standards. Vehicles driving in the ULEZ must either meet strict emission standards or pay a daily charge, and the zone is in effect 24/7, as compared to other traffic restrictions that only function during certain hours.

In 2021, the ULEZ was expanded, and it now consists of a zone 18 times the size of the central London zone and covering 3.8 million people.

The older Central London Low Emission Zone (LEZ) contributed to a 44% reduction in NO2 pollution before the start of the COVID-19 pandemic, and since the establishment of the ULEZ, there have been:

The Breathe London air quality monitoring network employs low-cost sensors, in addition to existing reference-grade monitors, in order to provide real-time, granular data regarding London’s air. The network seeks to move past the paradigm that air quality can be monitored only by expensive traditional equipment and aims to provide affordable, easily installed, and easily maintained air quality sensors to citizens.

The network includes sensors placed at schools, hospitals, and co-location sites across the city of London. Read our press release with Breathe London here to learn more about this project.

Another important component of improving urban air quality is making air quality data easily accessible to the public. One way this has been done is with the Breathe Life Air Quality Data Explorer, which is an interactive website platform that is part of the BreatheLife2030 campaign that shows cities’ air quality relative to the WHO global air quality targets — allowing residents access to both data and a context to make sense of the levels of air pollution in their area.

Another way cities can engage in sustainable city planning is to invest in renewable energy, such as solar- and wind-powered sources of energy. Using renewable energy reduces fossil fuel combustion that is normally used to produce power, which significantly decreases particulate matter — a pollutant with severe effects on human health. Black carbon, a component of particulate matter, is linked to 640,000 to 4,900,000 premature deaths each year, according to a 2012 study. To learn more about the vast harm of particulate matter pollution, read our air quality measurements series blog focusing on PM here.

The city of Indianapolis is working to set up sustainable infrastructure and has committed to planting 30,000 trees by 2025 to lower temperatures and counteract the urban heat island effect. Trees have a natural cycle of carbon dioxide absorption that helps to lower the amount of CO2 in the air and improve air quality.

Establishing real-time air quality monitoring networks in cities lays the foundation for policy and other tangible action to be taken to improve the state of the air.

It is important that these networks are spatially dense in order to create high data granularity, which gives greater context to monitor readings. For example, if one monitor in a network has an elevated reading, city officials can know that these levels are likely coming from a local point of pollution. However, if many monitors show higher levels, this may indicate a further pollution source that is affecting the entire area.

Having many monitors deployed throughout the city also means that officials can track pollution movement throughout the network, especially when the network also includes wind measurements. Read our air quality measurements series blog focusing on wind speed and direction here to learn more about why measuring wind helps create a more complete picture of air quality.

Interested in taking the first step towards cleaner air and a healthier climate by measuring local air quality? Get in touch with our team to learn more about our Sensing-as-a-Service solution for governments, businesses, and community organizations!